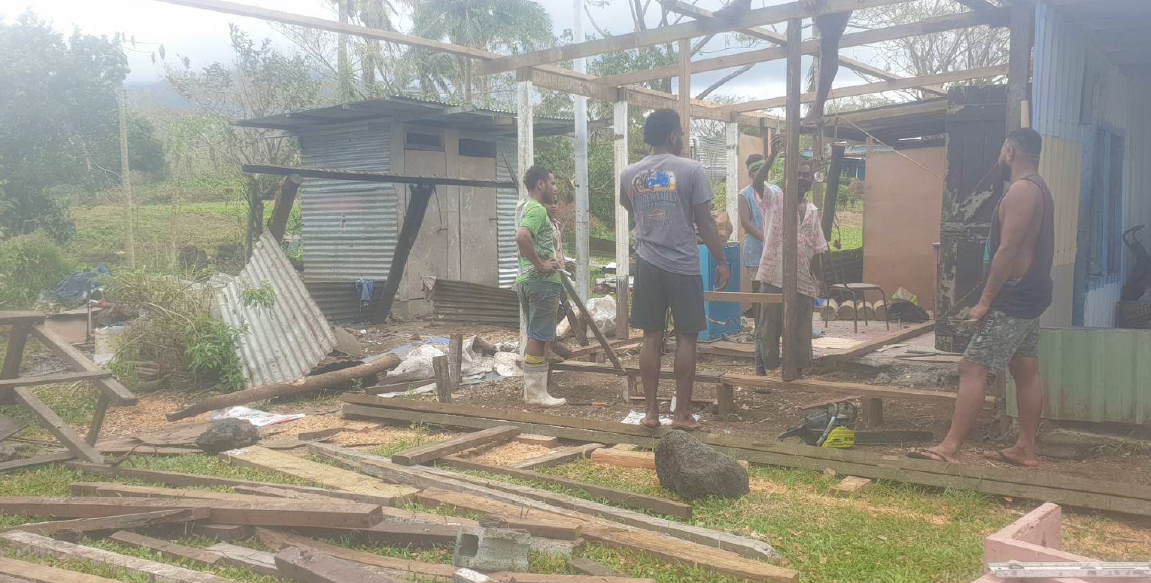 This family took shelter in the church's relief centre, supported by Anglican Aid.

Fiji update: Love in action is more powerful than a cyclone

Much-needed supplies are delivered by people who listen to the recipients’ stories and who pray for them on the spot.

Among Rev Swamy’s major concerns is Taveuni’s agriculture, which is the main source of food and income.

“With wind speed that strong, almost 80% of the farming lands have been destroyed. Most of  the farmers will be starting back from scratch. Directly and indirectly everyone in Taveuni is affected. There is a scarcity of food as the crops will take approximately 6 months to 3 years to mature. The Church would like to thank Anglican Aid for stepping in and helping out in this great time of need,” he said.

During the past month, Anglican Aid has worked closely with the Rev Wayne Tildsley, locum at St John’s Wilberforce / St Mark’s Freeman Reach, who has a strong connection with the Fijian church.

As a result, the Rt Rev Henry Bull, bishop of the Anglican Diocese of Fiji’s Northern Division, also received funds from Anglican Aid to meet needs among communities on Vanua Levu (the country’s second largest island). 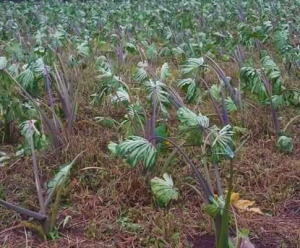 New crops won’t yield a harvest for many months.

We are not alone

Wayne highlighted the pressing needs of food, water and shelter for people who have lost roofs or whole houses, water tanks, access roads and pathways, and fields of crops.

“Drinking water is an issue,” he said. “The water is polluted by runoff. So some funds are being used to buy bottled water, which is the only water that is drinkable. Trees are fallen, blocking roads so there’s no access. Bishop Henry is using some funds to purchase chainsaws to clear roads and repair homes.

“Thankfully, fishing boats were spared the onslaught, which has provided some food to people. However, with the loss of tourism over the past year, and the international community’s focus on COVID-19, Fiji’s people feel alone and forgotten.

“People have been encouraged by the knowledge that Christians overseas were thinking of them,” said Wayne.

“There is such warmth when I have visited, because of what Anglican Aid has done in the past. It’s love in action. Love in action is powerful and impacting.” 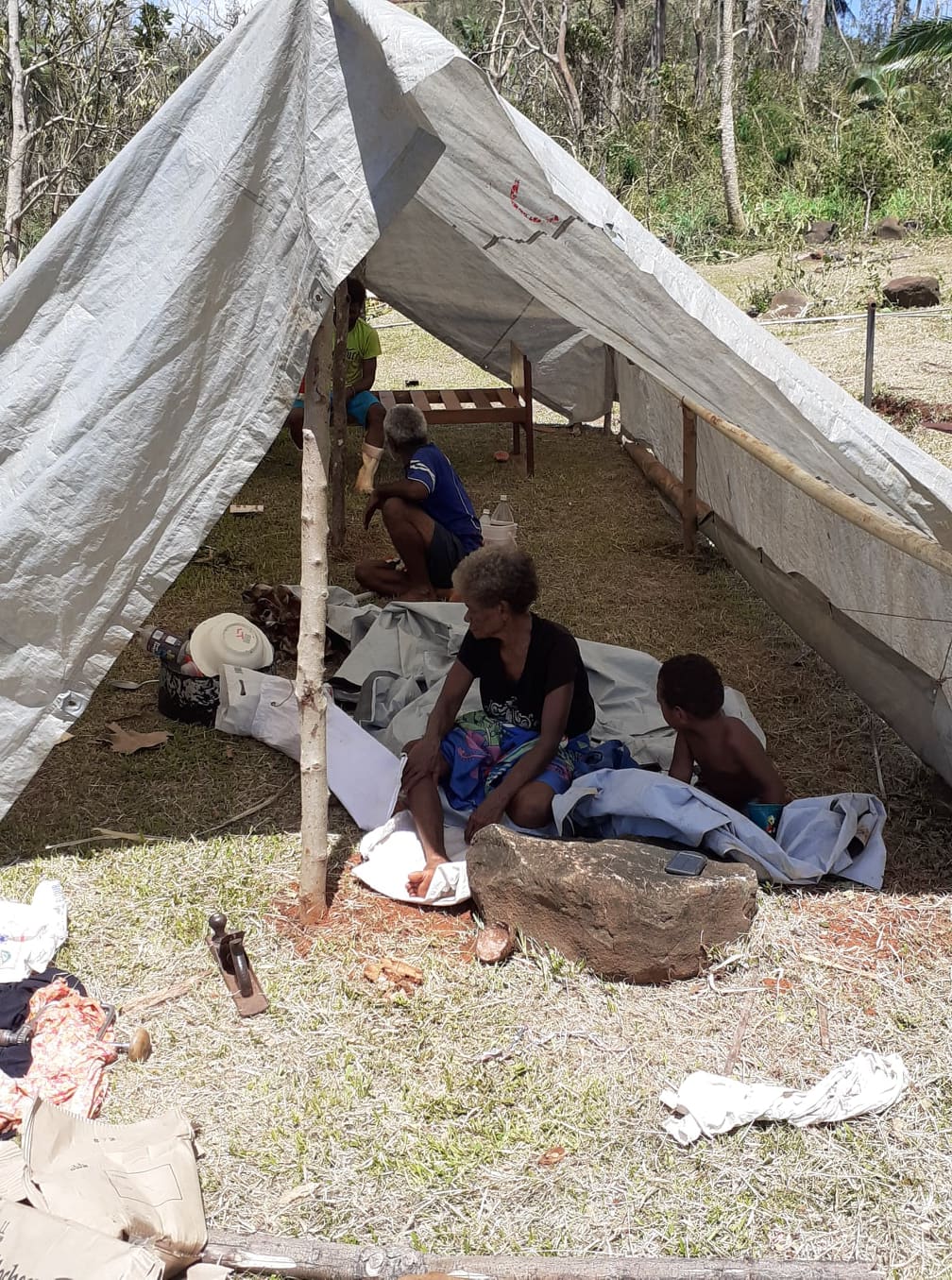