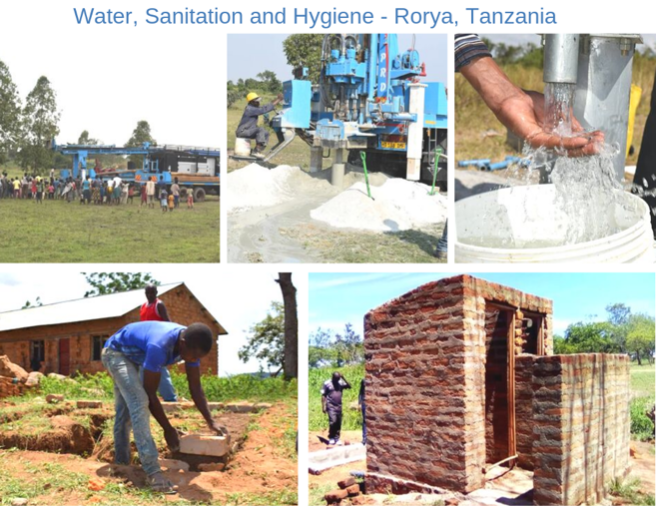 Waterworks is improving lives one community at a time

It is easy to feel overwhelmed by the needs around us. At times we feel like we are powerless to make a difference. The world’s problems seem bigger than something one person can change, and we are not sure how our giving or effort can make a difference. But we can affect changes. Here’s how Waterworks for a Thirsty World is improving lives one community at a time… 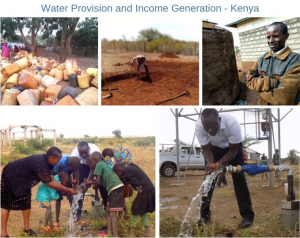 When Anglican Aid’s operation manager visited the site of the Ngaremara borehole in mid-2017 to supervise food ration distribution from our East Africa Famine Relief campaign, he was confronted with the tragedy of a half completed bore hole in a community desperate for water.

Severe drought has dried up water resources in half of Kenya’s 47 counties. An estimated 3 million people lack access to clean water. Recurrent droughts have destroyed livelihoods, triggered local conflicts over scarce resources and eroded the ability of communities to cope.

The community was relying on handouts due to the drought, though a completed bore hole would be able to pump enough water not just for household use, but also to irrigate farms and give water to livestock and potentially alleviate the hardship of famine!

With the help of Waterworks, the borehole was completed in 2019. Now flowing water can sustain the community and they no longer need to be dependent on handouts!

In addition to funding the borehole, Anglican Aid also funded a water provision and income generation project in Marsabit, involving the production of water tanks using locally sourced material. UNICEF estimates that 30% of people within the Marsabit county have malnutrition as a result of the drought. Through your generous support, the team in Marsabit can now produce water tanks to use and sell in order to generate local income. 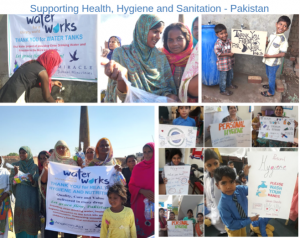 Pakistan has an estimated 2 million bonded slave labourers who are trapped in a life-long contract to pay back their debts. Over 250,000 of these are children. Working with Miracle Ministries in Lahore, our project seeks to improve the health and standard of living of slave labourers and other minorities, through the provision of clean water supplies and programmes supporting health, hygiene and nutrition.

While Pakistan does not have a shortage of water, the suffering of bonded slave labourers working in Pakistan’s brick kiln industries is further compounded by serious health issues that arise from contaminated water. The health, hygiene and nutrition programme targets vulnerable communities through education and the distribution of basic food (in the monsoon season, when work is not possible) and essential sanitation needs, particularly for children and women.

To date, Waterworks has constructed 14 water tanks with over 20000 beneficiaries. This year we have also provided hygiene and health education, basic supplies distribution at the Miracle Schools and the brick factory sites.

Find out more about this project at https://anglicanaid.org.au/projects/miracle-school-ministries/ 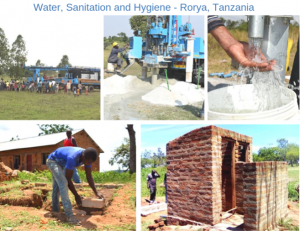 The opening of the Panyakoo well was broadcast all over Tanzania and East Africa on Star TV. The screening showed villagers and local officials rejoicing over this new bore hole and explaining the change this will bring to the villagers.

This is the second borehole funded by Waterworks for a Thirsty World. The Panyakoo well will change the lives of the 600 people living in the village. In addition to the wells, we have also funded the construction of microflush toilets in villages. This one is in Lwanda, where around 300 school pupils and 150 adults will benefit from the facility.

Over 3,000 children under five die every year due to diarrheal diseases caused by poor water and sanitation in Tanzania. Only 50 percent of Tanzania’s 53 million population have access to safe water, and only 34 percent have access to improved sanitation.

Our project in rural Rorya, Tanzania tackles the issue of sanitation and hygiene in a practical and systematic way, involving various parts of the community. This is a long term project that benefits from your ongoing support.

Find out more about this project at https://anglicanaid.org.au/projects/rorya-water-and-sanitation/