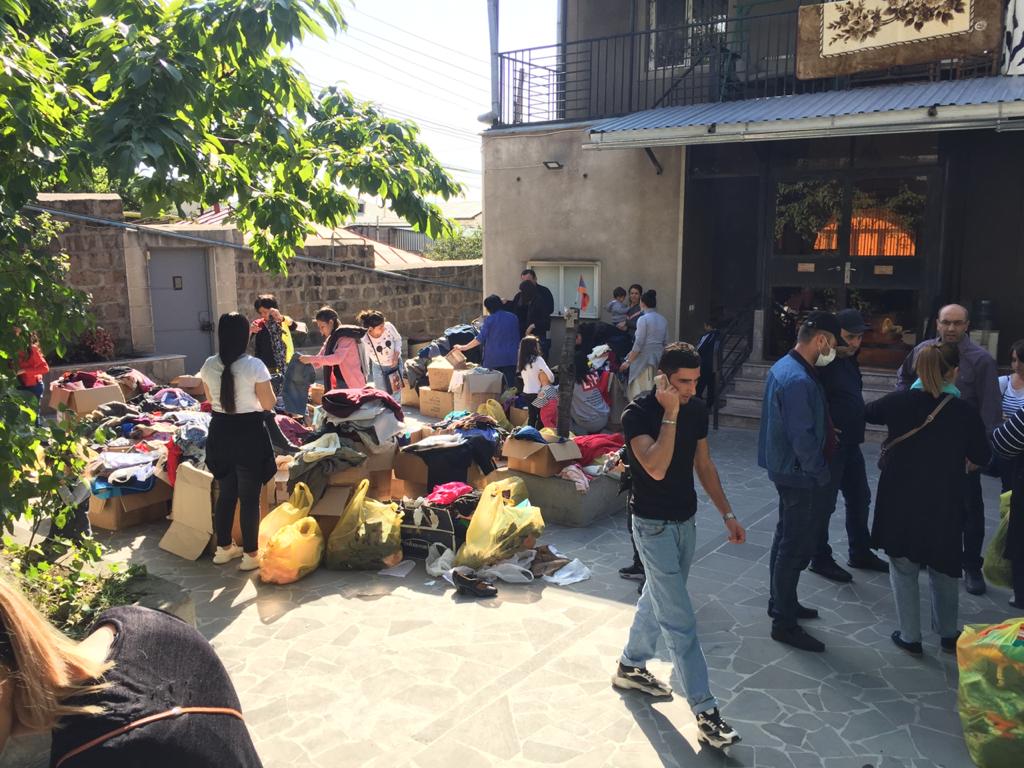 Anglican Aid has launched an appeal in partnership with the Armenian Christian Mission (ACM) to help support Christians in Armenia as they struggle to care for refugees arriving by their thousands.

Ever since Christian Armenia and Muslim-majority Azerbaijan declared independence from the Soviet Union, ethnic clashes have been constant and unresolved, especially over control of the Nagorno-Karabakh region. This region of Azerbaijan, also known as Artsakh, is home to 150 000 Armenians.

These Armenians have been under attack since 27 September 2020, when war erupted in Artsakh, targeting civilian areas. Long-range heavy artillery and missile strikes have been used by Azerbaijan (backed by Turkey) in residential areas. There are already thousands of casualties, and although three separate ceasefires have come into effect, they’ve each been completely disregarded by both sides.

Thousands of people from Artsakh have fled their homes to seek refuge in neighbouring Armenia.

On top of the conflict and chaos, Anglican Aid’s project partner has reported that the number of coronavirus cases in Armenia are soaring. Hospitals are refusing to open their doors to sick patients, as wounded soldiers are the priority.

In Armenia, winter is about to set in, with temperatures usually reaching a brutal -14’C. Many Christians in Armenia have already opened their homes and are sharing their limited resources to shelter and care for traumatised refugees.

Refugees who have left their homes to escape the warzone are in desperate need of warm clothing, suitable housing with heating, and basic essentials like food and medical care.

Anglican Aid is partnering with Armenian Christian Mission to provide essential items like food parcels, clothing, blankets, and back-to-school kits and toys for displaced children. As well as giving practical aid, your support strengthens local Christians as they provide spiritual help and give hope to those who have lost everything.

Our brothers and sisters from the Armenian Evangelical Brethren Church of Sydney, who meet at St James’ Castlecrag, have also asked us to pray:

For an end to conflict in the region of Artsakh,
For God’s protection and strengthening of Christians and churches in Armenia as they minister to the lost and proclaim the gospel of peace,
For leaders in both nations who will make genuine efforts towards peace,
For God’s protection and provision for the innocent and vulnerable, and provision of safe passage to places of refuge.

To donate to the appeal for refugees in Armenia, click here.