200 people from the Anglican Mission Hospital near Boga and the surrounding village have been kidnapped by Islamist rebels. Boga is located in the southern part of Ituri Province and is home to the diocesan Cathedral.

More than 200 youth, children, and women were abducted, shops were looted, cows stolen, and the Anglican Mission Hospital was looted. A doctor and lab technician from the hospital are among those abducted. The raid lasted about three hours.

Archbishop Masimango of the Anglican Church of DRC (Eglise Anglicane du Congo) reported that on the morning of Friday 23 August 2019, people heard shooting a few miles from the mission at around 4 am. There were conflicting reports about whether there was advance warning of the attack by ADF rebels, whose base is located several days walk from Boga in the Simliki forest.

Residents of the town fled during the attack, but with the Ebola outbreak to their south and ethnic conflict to their north, there are few safe places for them to flee.

“The same day, a military deployment from Bunia came to Boga and pursued the rebels who were attacked unaware. At that occasion, a good number of captives escaped, but are still lost in the jungle. Very many people are displaced, sick with no assistance in food, medicine and non-food necessities.”

Bishop of the Boga Diocese, William Bahemuka, reports that the army has dispatched additional troops to provide security and search for those who were abducted. 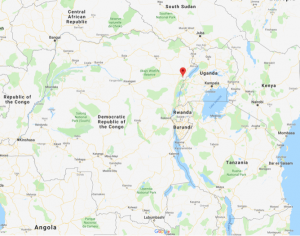 “The situation is terrible. People are terrified. Families are traumatized and grieving over their abducted loved ones. The ADF has never been active in Boga, so people are confused and don’t know how to understand the current situation.

I appeal to people of good will everywhere to lobby their home governments to put pressure on the DR Congo government to stabilize the security situation in eastern Congo. We also appeal for a massive outpouring of sustained prayer from Christians everywhere. The situation is so desperate that we need God’s supernatural intervention. May God have mercy on us.”

Why is there ongoing violence and conflict in DRC?

Archbishop Masimango describes the ongoing conflicts that have plagued DRC since 1996:

“Liberation war that ousted the Mobutu regime. Mobutu who came to power in 1965, took long in power supported by the west because of the cold war. He developed a very corrupt and repressive regime. In 1996, a liberation war erupted to oust Mobutu regime with the support of foreign forces from Rwanda and Uganda, that took in power Laurent Kabila in 1997. President Laurent Kabila didn’t go well with his allies and another war was waged by his opponents to remove him from power. The war was supported by Rwanda and Uganda, and his regime was rescued by the support of new allies of Angola, Zimbabwe.

In 2001, President Laurent Kabila was assassinated by his bodyguard and his son Joseph Kabila was put into power by his father’s friends. Joseph Kabila managed to bring the war to an end by dialogue and embarked in the democratization of the country. But true democracy, good governance, fighting corruption was far to be achieved.

Resistance war started when many warring factions came up to resist the presence of foreign forces, some with ethnic connotation. The major groups well known are Mai-Mai, claiming to be immunized from bullets. They had a tribal connotation, because every tribe got its own Mai-Mai name: Nyantura, Kifuafua, Simba…Their resistance had also the aim of taking control of the natural resources of the entity, minerals and wood. For two decades, the government of Joseph Kabila was unable to bring these wars to an end and bring peace in the country. People believe that there is no will to end the war that has become a lucrative business to some top leadership of the country.

Ideological and religious war, because of all that is happening, the country has become now a fertile ground to the Islamists. It is a starting point to introduce a long-time agenda of Islamizing the Sub Sahara Africa, using the traditional method of ruthless aggression. That is what is happening now in our region of Boga.”

Anglican Aid has committed $5,000 to provide emergency relief to the affected community in Boga.